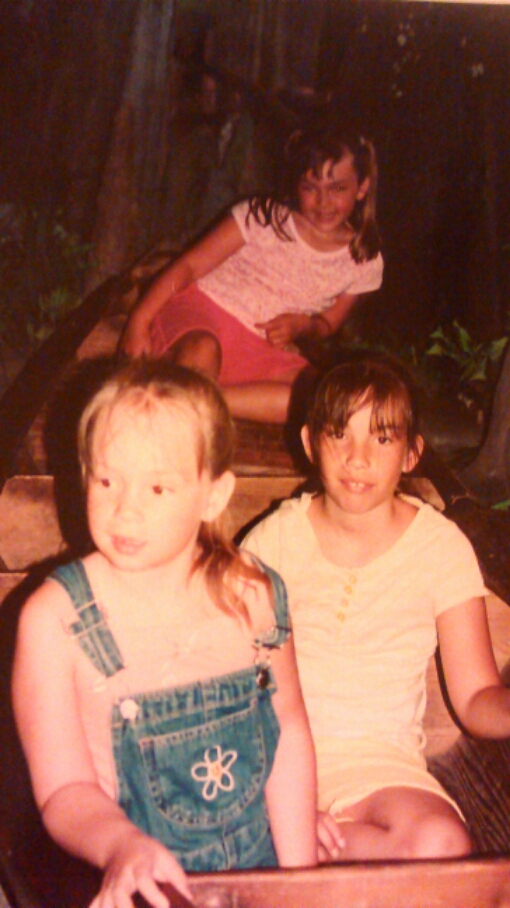 The girls when i met them, and only one liked me.

I’m pretty sure I’ve said this a few times over the course of my blogging, but maybe I haven’t. Or maybe you’re new here. But about a year ago, I had been talking with a fellow stepmom in my family, and she was having a hard time. Among second wives I’ve spoken to, the common sentiment is that it’s rough going.
I kept trying to put positive little things on Facebook to encourage these women, but I found I had more to say than a little post would allow. So I looked into blogging.
All I wanted to do was tell people that family life is hard, and it’s hard for all of us. But it doesn’t always have to be that way. I want you to be encouraged that this isn’t forever.
Yes, they will be your spouses children forever, but they won’t try to come between you forever. They won’t drag remnants of a former life into your home forever. The drama isn’t forever.
The hard part is standing on the sidelines, being the cleanup crew and support staff in the meantime. There were a lot of nights I went to bed hurt and frustrated, feeling like the maid. There were times I had angry outbursts and times I cried alone. But none of that was forever, even though at the time it sure felt like it.
The kids got older and they saw how I toughed it out. They saw I tried hard and made sacrifices. They saw how much I love their dad, and how much I put them first and really appreciate them. I cherish their hands made things, I have shoeboxes full of old homework, drawings and school pictures. I have kept every Christmas ornament they have made, and take time to talk about each one all over again every year.
But most of all, I listen to them. When they talk I listen to them. I sit down and look at them and respond just as I would any other human being. I answer all of their big ugly questions, I support the positive things they do and I listen to them without judgment.
That alone has made the biggest impact in my relationship with my family. I have seriously cut down on my cleaning time because I’m just talking to the kids all the time. I saw a need and I fulfilled it.
That’s all being a stepmom really is, filling the gaps. There’s not much else to do, and it’s not easy.

Reinventing my life and enjoying my adventure. Living life as full as I like with no apologies, loving all of it.

You can leave a comment, or just let me know how your day is. That's cool too. Cancel reply

Tales from the mouth of a wolf

The Power of Story

Tales of humour, whimsy and courgettes

A daily selection of the best content published on WordPress, collected for you by humans who love to read.

The sky is high. The Czar is far.

Can't make this stuff up.

If you want to be a hero well just follow me

standing in the secret
All Romance Reads

Get Your Swoon On

Not for those seeking a fortune, of course